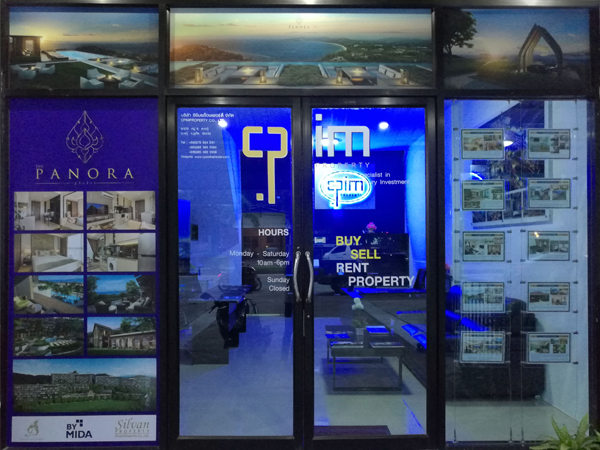 WHY CHOOSE OUR COMPANY CPIM PROPERTY?

CPIM PROPERTY offers a wide selection of property both for sale and to rent: new developments, private villas and houses, high-class luxury properties, and low-budget properties. We work closely with developers and vendors so as to guarantee you the best offers and latest information. Working independently, we are able to offer you totally impartial advice. In effect, we do not have links with any developer or vendor in particular, which therefore guarantees our objectivity. Our services are free for all clients wishing to buy or rent. Our fees are the sole responsibility of property owners. We are committed to providing you with the following guarantees:

Cyrille PIERRON, Managing Director at CPIM PROPERTY and a player in the French property market for over 30 years

CPIM PROPERTY would never have seen the light of day without the tenacity and enthusiasm of Cyrille PIERRONits founder and current Managing Director. Cyrille PIERRON has worked in the property sector for the whole of his career, and more specifically in the new home market in Ile-de-France. Firstly a sales representative and then in charge of detached home sales ("Les Florélites" company), he joined the promotions team after a few years so as to take up the role of commercial attaché with several large scale national developers such as Les Nouveaux Constructeurs, Kaufman & Broad, Bouwfonds Marignan Immobilier et BNP PARIBAS Immobilier. It is with BNP PARIBAS Immobilier that he enjoyed most of his career: beginning in Espaces Immobiliers BNP PARIBAS as a simple sales representative, Cyrille PIERRON then took on the roles of Head of Sales, Commercial Director, Sales Director and then Regional Director for Ile-de-France, East and French overseas departments and territories. In this post, he was responsible for the supervision of his sector's financial planners (the sale of investment rental properties to BNP clients), the development of third-party procurement (partners with various external developers to BNP for the sale of products to first-time buyers and investors), and development of the group's national sales under the Girardin regime, which relates more specifically to property located in French overseas departments and territories.

At the end of his career with them, Cyrille PIERRON was therefore able to justify a comprehensive knowledge of both the technical and legal elements associated with off-plan sales (VEFA), profound knowledge of the property market and its jurisdiction, but also well-connected people in his address book! So many assets which naturally led him to create his own company.

From CPIM to CPIM PROPERTY

In January 2008, Cyrille PIERRON created CPIM (Conseil en Patrimoine Immobilier) (Property Market Consulting). This is an independent marketing company specialised in telesales of new homes in favour of national and regional developers. Incredibly involved in his company's development, Cyrille PIERRON is assisted by a Sales Director and an Administrative and Communications Manager. The CPIM commercial team includes around ten advisers who are present throughout the French region, particularly in the varioussales offices, made available by their partner developers The team deploys its know-how by marketing property programmes in the best conditions according to the mandates for which they are responsible.

At first, CPIM was a micro-company at the exclusive service of a national promoter domiciled in the south of France, and then gained independence over time, creating new partnerships each year. Today, it works in collaboration with some of the biggest names in property development, such as ICADE PROMOTION, BOUWFONDS MARIGNAN IMMOBILIER, SOGEPROM and even PITCH PROMOTION. With 200 properties sold each year, CPIM has progressed and should see its capital increase to 1.2 million Euros from 2015.

Our presence in Thailand

Cyrille PIERRON is always thinking about turning his activity towards new sectors and territories and didn't stumble across the Thai market by accident. Having been in love with Thailand for many years, he first put down personal roots in this country, before creating his company here and settling from an economic point of view.

The first stage was purchasing a traditional Thai house in Kathu, a small commune close to Phuket town centre and located a few kilometres from the seafront and Central Festival shopping centre (which brings together the majority of the large western and Asian shops). This ideally located pied-à-terre allowed him to discover Phuket's surroundings, feed his address book and, above all, get to know Thailand's local customs and traditions.

Seduced by the Thai way of life and wanting to spend more time here than his professional career in France would allow, Cyrille PIERRON decided to sell his house after a few years in order to have a larger, custom-made home built. The transaction was quickly concluded in favour of a French resident and the new house was finished during 2012. Since then, it's here that Cyrille PIERRON resides for six months of the year, in a chic, residential, cosmopolitan neighbourhood situated in the hills of Kathu, just a stone's throw away from a well known market. At the same time, he also purchased a plot of land in Cherngtalay, close to the airport and beach. Along with a builder, he is currently preparing to have two houses built for rental purposes.

These various experiences have allowed Cyrille PIERRON to perfectly integrate the administrative and legal cogs of building in Thailand, knowledge which is particularly precious to him in the framework of his activity within CPIM PROPERTY. It has also confirmed the economic attractions of the Thai property market for him, hence his desire to help other French and francophone investors take advantage of it too.

A qualified team of polyglots

As initiated as he may be into the regulatory framework governing property in Thailand, Cyrille PIERRON has taken great care in surrounding himself with a team native to his adoptive country at CPIM PROPERTY. Assisted by a manager who speaks fluent French, English and Thai, he is also advised by a specialist, polyglot solicitor who spent several years in France and who supervises all of the transactions concluded by CPIM PROPERTY. from a legal point of view. Thus, our future clients will be able to rely on our services in full confidence.

With an annual turnover of around 1.2 million Euros for his French company CPIM, Cyrille PIERRON is an accomplished Chief Executive Officer who could have settled for developing his results on the new housing market in Ile-de-France. However, his motivation wasn't just financial when he decided to create CPIM PROPERTYwith a view to encouraging investment in Thailand. Rather, he wanted to share his experience, open up possibilities for his compatriots, and increase beneficial exchanges between his birth country and his country of adoption.

Property was a vocation for Cyrille PIERRON, who still takes great pleasure and curiosity from his profession even after 30 years' experience. Thailand was a case of love at first sight and the joy of living here - and working here - remains intact to this very day. The creation of CPIM PROPERTY is, therefore, first and foremost based on pleasure and sharing. This is the reason why, as a cardinal virtue, we listen attentively to our clients. Concerned with meeting their needs, we put all of our energy into providing them with tailor-made answers and allaying any possible doubts they may have. The majority of us still dream of becoming a home owner. With CPIM PROPERTY , we extend this dream to the country of sunshine and smiles, and we turn this dream into a reality.

Warning: Unknown: Failed to write session data (files). Please verify that the current setting of session.save_path is correct (/tmp) in Unknown on line 0